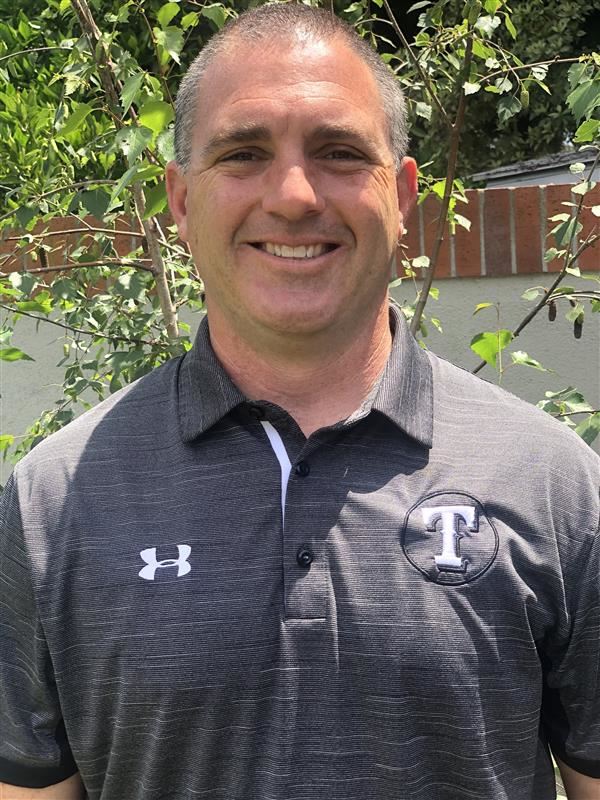 Chris Blume has served as the boys and girls head track coach for the past nine years.  During his tenure, both the varsity boys and varsity girls track teams have earned seven of the last eight freeway league titles; along with many athletes attending the CIF Division 1 prelims.  As well as being the head track coach, Chris serves and the head freshmen football, teaches sophomore English and serves as Troy High School’s athletic director.  Chris graduated from Troy in 1994.  He attended Chapman University where he earned his B.A. in English, his M.A in Education and his teaching credential.  He has been married to his beautiful wife Lindsay for almost 20 years and they have three children: Joshua (16) who is a sophomore at Troy, and Claire (12) and Zachary (9) who are also future Warriors!  The Blume family are active members at Friends Community church in Brea, they enjoy trips to Barnes and Noble and are frequent visitors to the beach.  They consider Troy their second home.